Unraveling the natural beauty of the remote villages of Laos

Laos is a beautiful country, often ignored by travelers, who prefer to go to Thailand, Vietnam or even Cambodia, maybe because it’s landlocked and it doesn’t have the tropical beaches than many seek in this part of the World, maybe because it’s not as developed as its neighbors. However, Laos has a lot to offer.

The country hasn’t really recovered from the war, even now, almost 50 years after it ended. Laos, like Vietnam, was at war for more than 20 years, from the 50s to the 70s, although the Laotian war has been forgotten by most, overshadowed by the Vietnam one. Often called the Secret War, one of the most horrifying facts about this conflict is that Laos is the most bombarded country in the world. The US, without declaring formal war, dropped 260 million cluster bombs, over the course of 580,000 bombing missions, in a country of 2 million people at the time.

This heavy bombardment had terrible consequences for the development of the country. By the end of the war 80 million bombs remained unexploded, meaning that farming or building infrastructure was too risky, and sometimes even walking around could mean losing a limb, if not your life. Even today there are still millions of unexploded bombs out there, despite the efforts to slowly clear areas bit by bit, an extremely difficult and risky job. For this reasons, Laos remained mainly a rural country, despite having medium size cities like Luang Prabang or Vientiane. 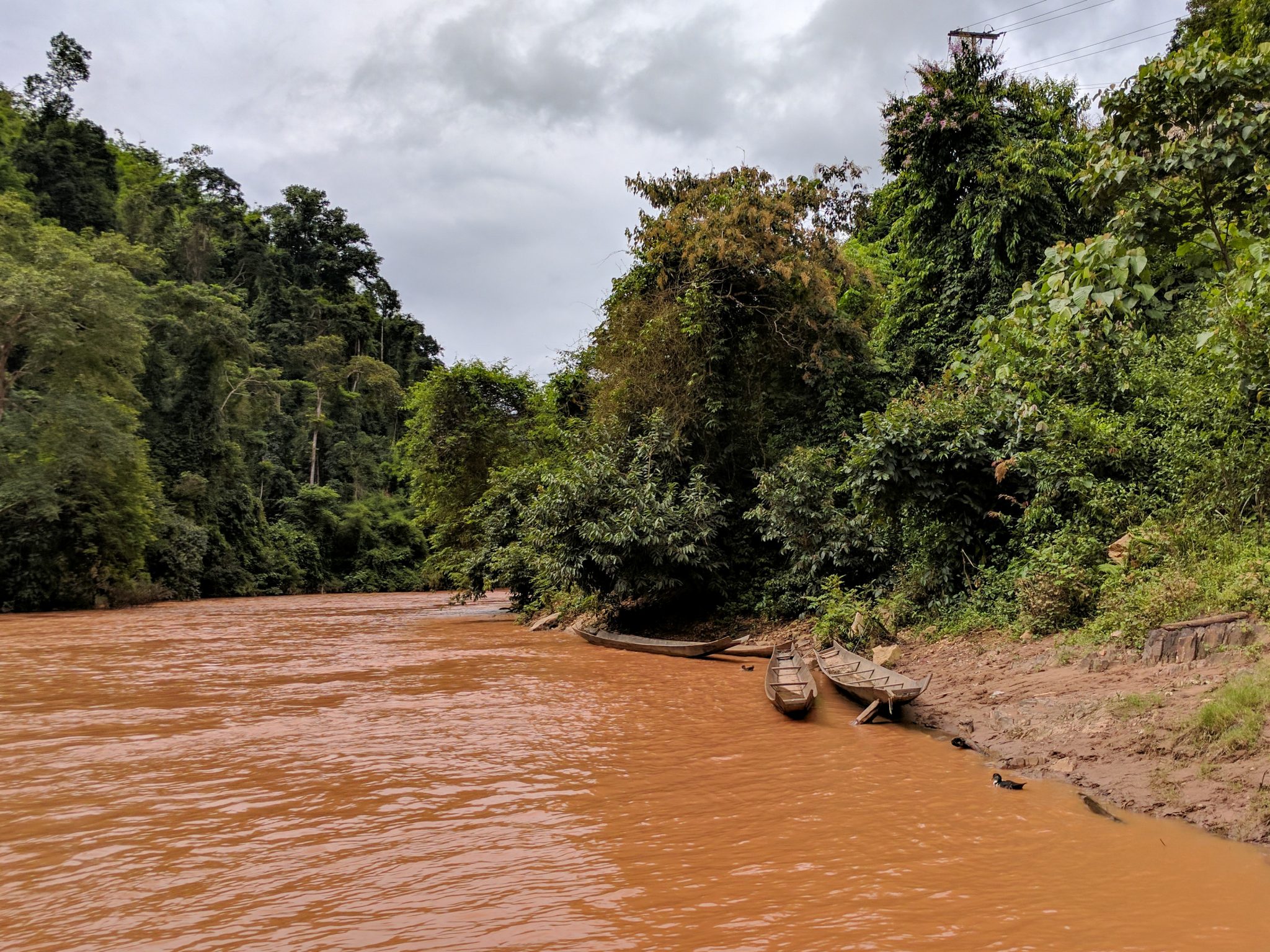 Boats in the Nam Tha River 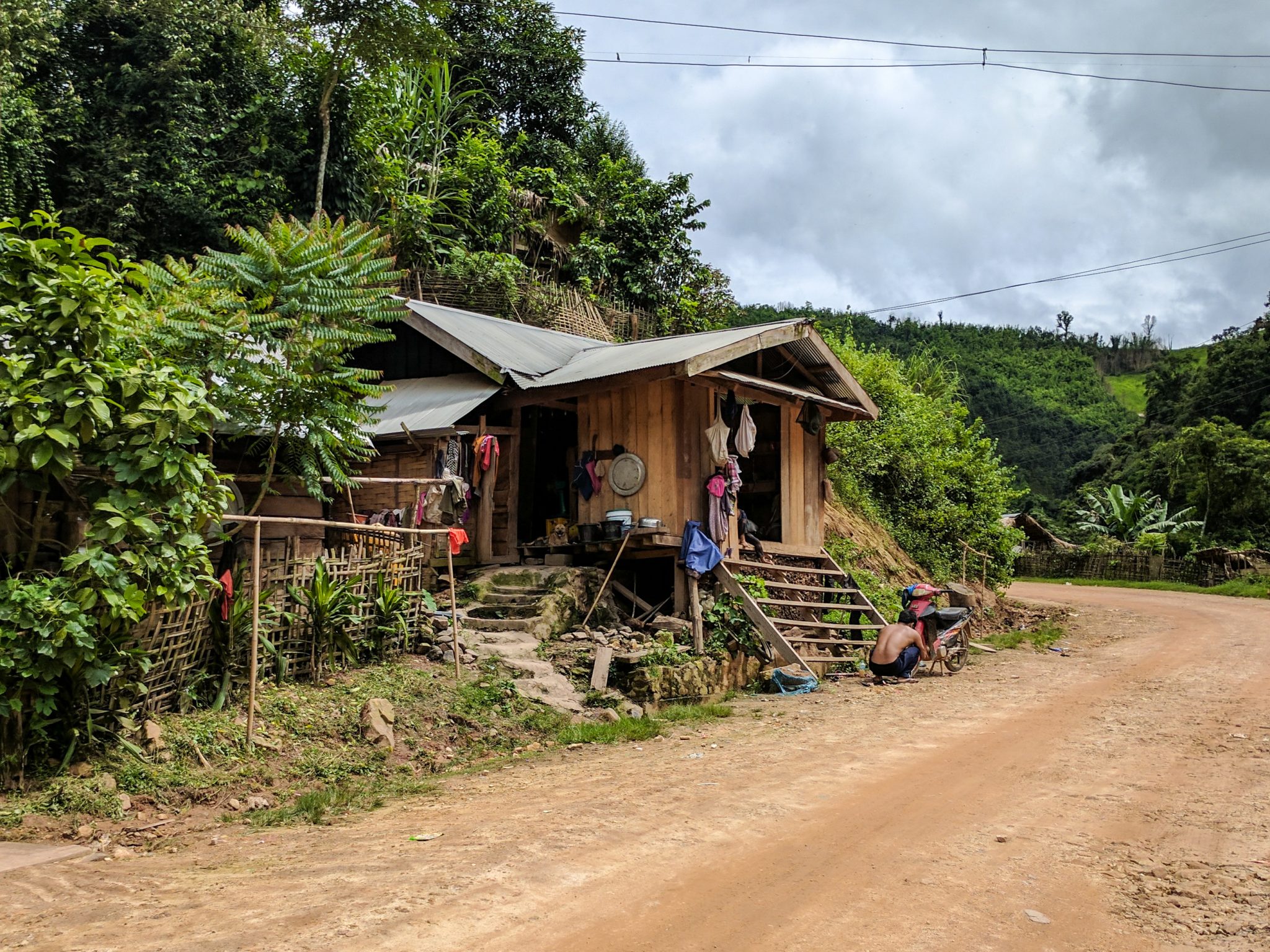 House in a village near the Nam Tha river

My first contact with rural Laos was in Luang Namtha, after crossing the Chinese border. Luang Namtha itself is just a small town, not exactly rural, but I had the chance to kayak down the Nam Tha River with some locals. The river was completely surrounded by what looked like a wall of trees and very dense vegetation, and here and there a few tiny villages seem to emerge from the greenness. We also saw people in their own boats traveling between them.

While kayaking down the Nam Tha River we stopped a few times. One of them to enjoy local food, wrapped in banana leaves, as is tradition, and another to visit one of the tiny villages. It was a fascinating experience, learning about how people live, how houses are made and why, how food is prepared and stored… learning about the Laos culture in general.

If rivers and jungle are only one half of the landscape of rural Laos, the other one is, of course, rice paddies. During my trip through the country I saw them everywhere while I was going from town to town. It’s hard to compete with their beauty, they are incredibly green, so much they almost look fake on the photographs! The saturation of the rice paddies blends with the darker vegetation beautifully, giving the landscape a gorgeous green palette.

The small town of Ban Phon-Gneng, near the Konglor Cave, was my other contact with rural Laos, and probably the most extended one, since I stayed there for two days. The small village was bigger than the ones near the Nam Tha river, but it was similar in many ways.

Probably what I liked more about the area was the rice paddies. They were absolutely everywhere along the 10 km dirt road from the village to the cave. The colors in the morning were stunning, but sadly by the time I was able to walk around taking photos it started to get cloudy. However, I think the pictures still speak for themselves, even with a covered sky the bright green stands out.

Laos is a gorgeous country, and I can’t stop recommending going there to check out not only towns like Luang Prabang, but also the countryside, and enjoy its natural beauty and wonderful people. 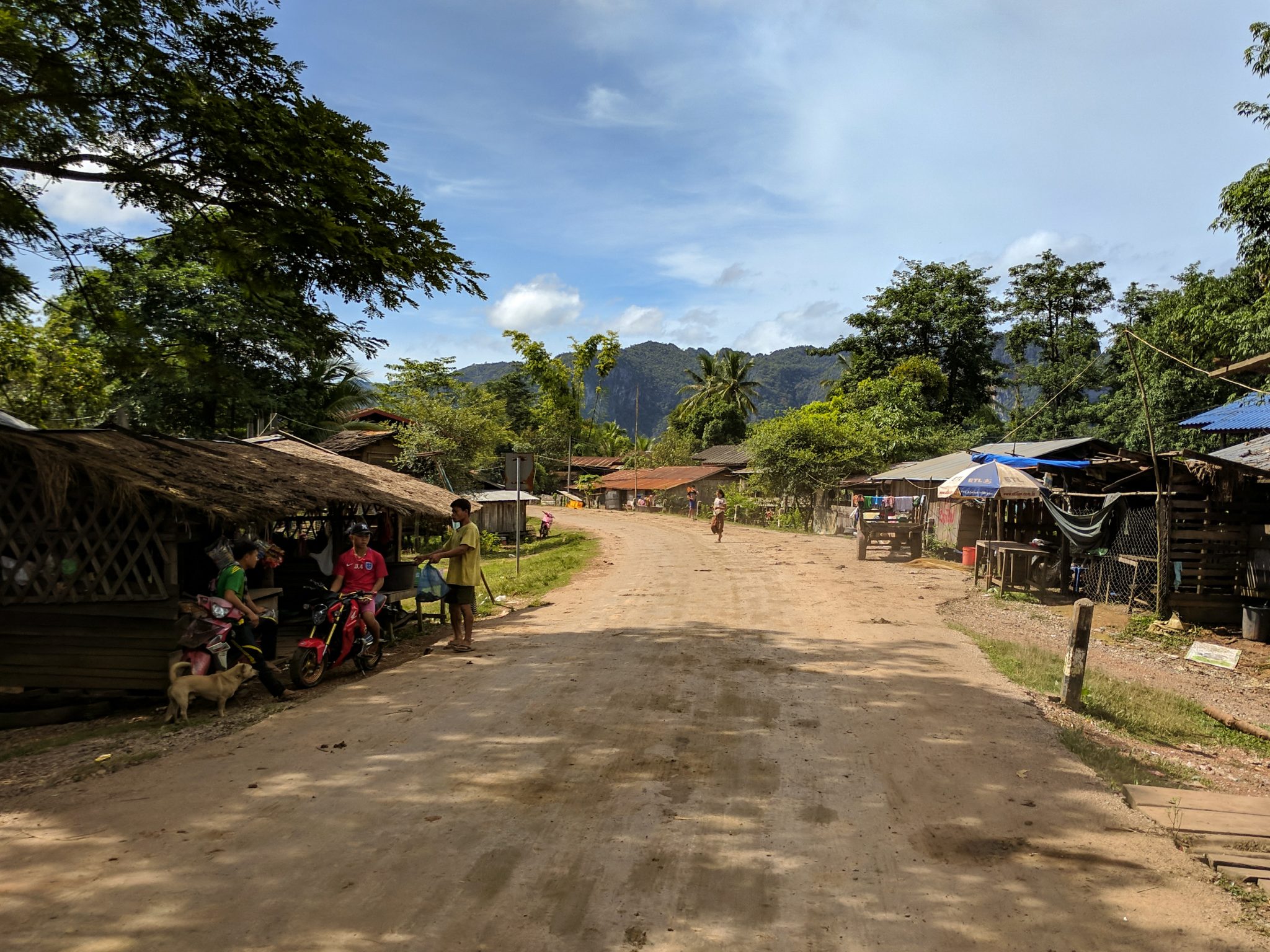 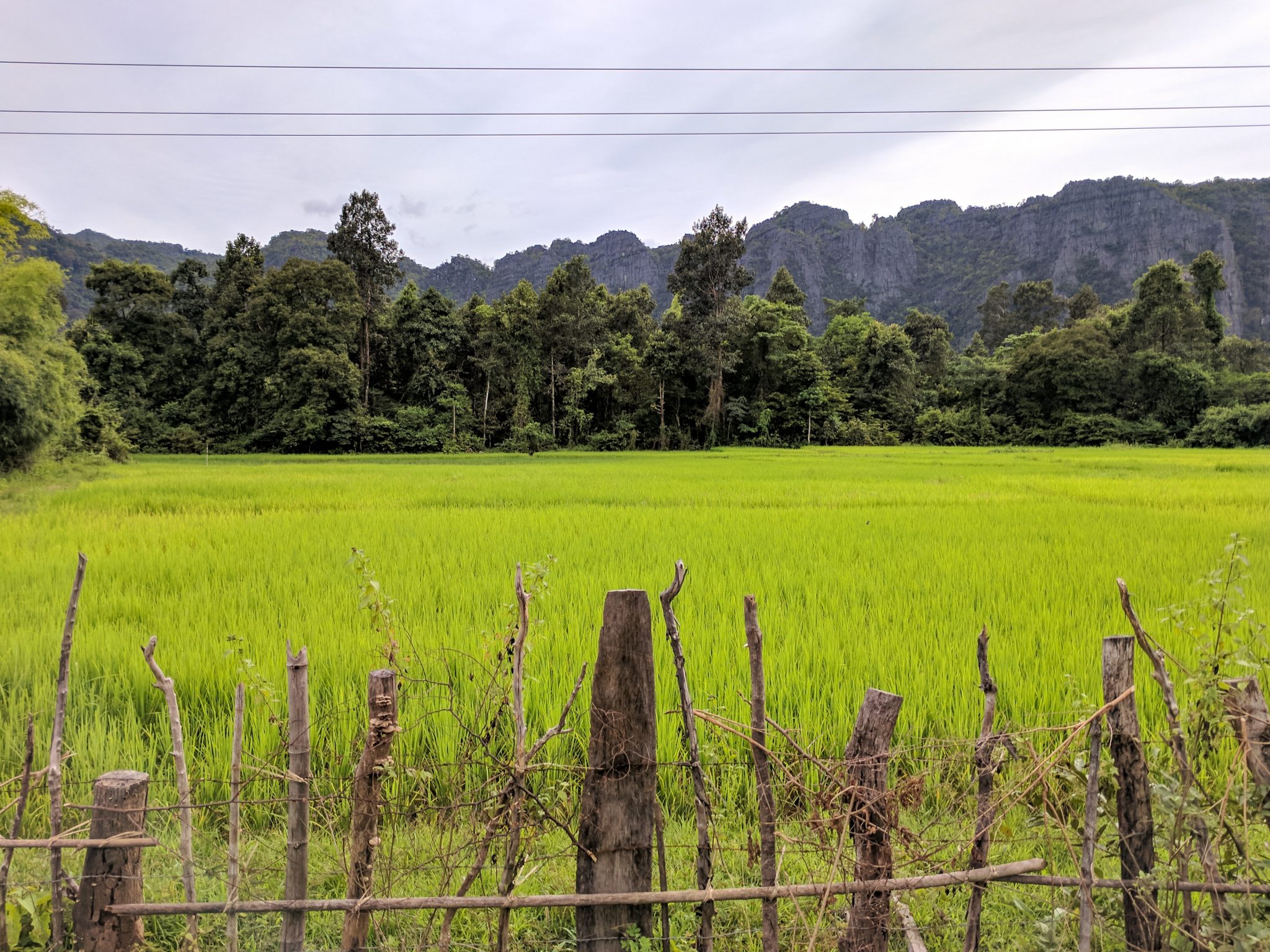 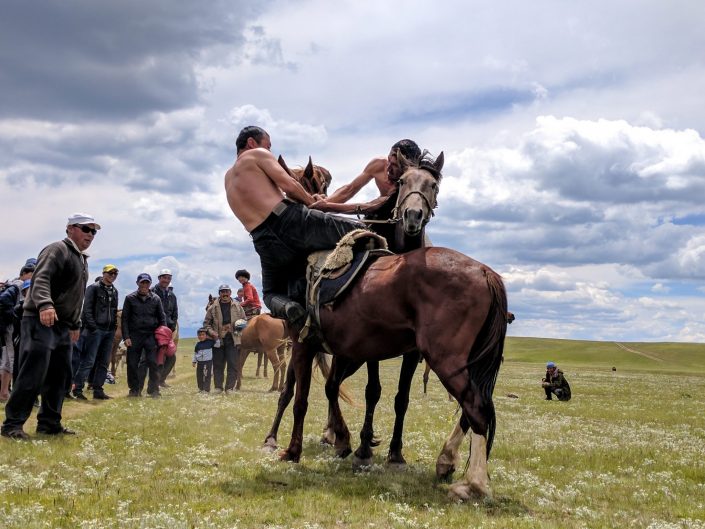 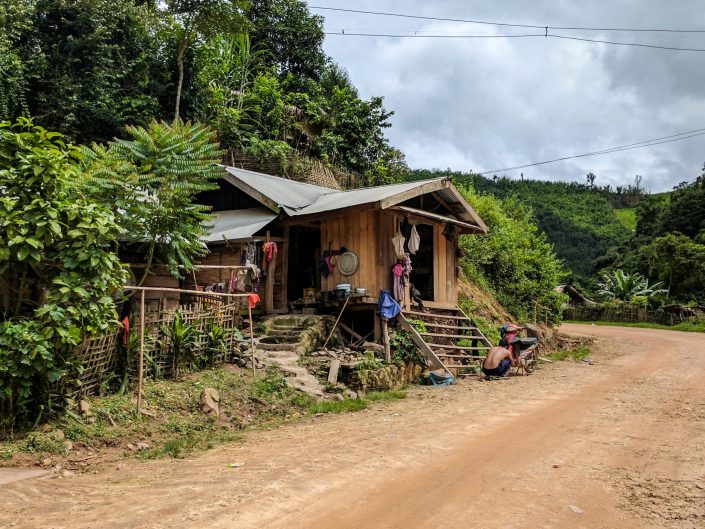